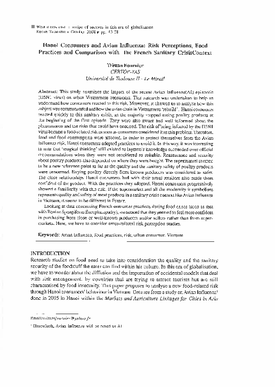 
This study examines the impact of the recent Avian Influenza epizootic on urban Vietnamese consumers. This research was undertaken to help us understand how consumers reacted to this risk. Moreover, it allowed us to analyze how this subject was communicated and how the avian chain in Vietnam was ‘rebuild'. Hanoi consumers reacted quickly to this sanitary crisis, as the majority stopped eating poultry products at the beginning of the first episode. They were also aware and well-informed about the phenomenon and the risks that could have occurred. The risk of being infected by the H5N1 virus became a food-related risk as soon as consumers considered it as this problem. Therefore, food and food consumption were affected. In order to protect themselves from the Avian Influenza risk, Hanoi consumers adopted practices to avoid it. In this way, it was interesting to note that “magical thinking” still existed as laymen's knowledge succeeded over official recommendations when they were not considered as suitable. Reassurance and security about poultry products also depended on where they were bought. The supermarket seemed to be a new reference point as far as quality and the sanitary safety of poultry products were concerned. Buying poultry directly from known producers was considered as safer. The close relationships Hanoi consumers had with their usual retailers also made them confident of product. With the practices they adopted, Hanoi consumers progressively showed a familiarity with this risk. If the supermarket and all the modernity it symbolizes represents quality and safety of meat products in a sanitary crisis context like Avian Influenza in Vietnam, it seems to be different in France.
Looking at data concerning French consumer practices during food crisis (such as that with Bovine Spongiform Encephalopathy), we noticed that they seemed to feel more confident in purchasing from close or well-known producers and/or sellers rather than from super-markets. Here, we have to consider cross-natural risk perception studies. 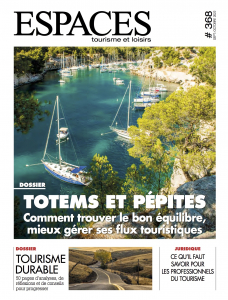 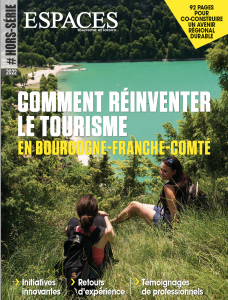 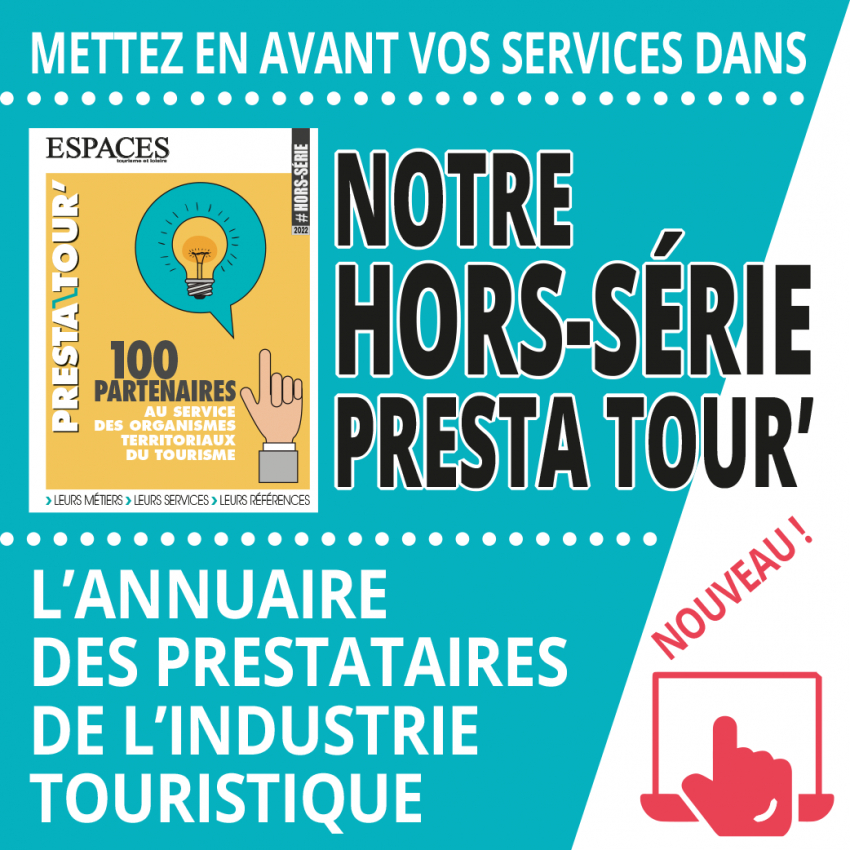